Over 1400 local school students hear a survivor or descendant speak

Over the last two weeks, together with Kingston and Surbiton District Synagogue, our volunteers have been welcoming over 1400 local school students to our Shuls to listen to the testimonies of a Holocaust survivor or descendant.  This is an annual project, now in its 14th year.  This year the project has received financial support from the Royal Borough of Kingston Upon Thames.

“Stand together” for the 75th anniversary

Holocaust Memorial Day is a national commemorative project which marks the international day on 27th  January to remember the six million Jews murdered during the Holocaust, alongside the millions of other people killed under Nazi Persecution and in subsequent genocides in Cambodia, Rwanda, Bosnia and Darfur.  This year marks the 75th anniversary of the liberation of Auschwitz.

This year’s national theme is “Stand Together” and explores how genocidal regimes throughout history have deliberately fractured societies by marginalising certain groups, and how these tactics can be challenged by individuals standing together with their neighbours, and speaking out against oppression.

Due to high demand for these workshops this has been the biggest year yet – 14 half day workshops have taken place place. Each one has been attended by around 100 school students aged 13-15, at one of the Synagogues.  At each workshop a Holocaust Survivor, or adult descendant, gives a talk which is followed by a Q&A session and a film about people in Nazi occupied countries, who risked their own lives to help/hide Jews.  The school students then split into smaller groups to work through what they have seen and heard.

The workshops conclude with a memorial ceremony in which each pupil lights a candle in remembrance of the victims and  hands a card to the speaker telling them their thoughts about the experience. 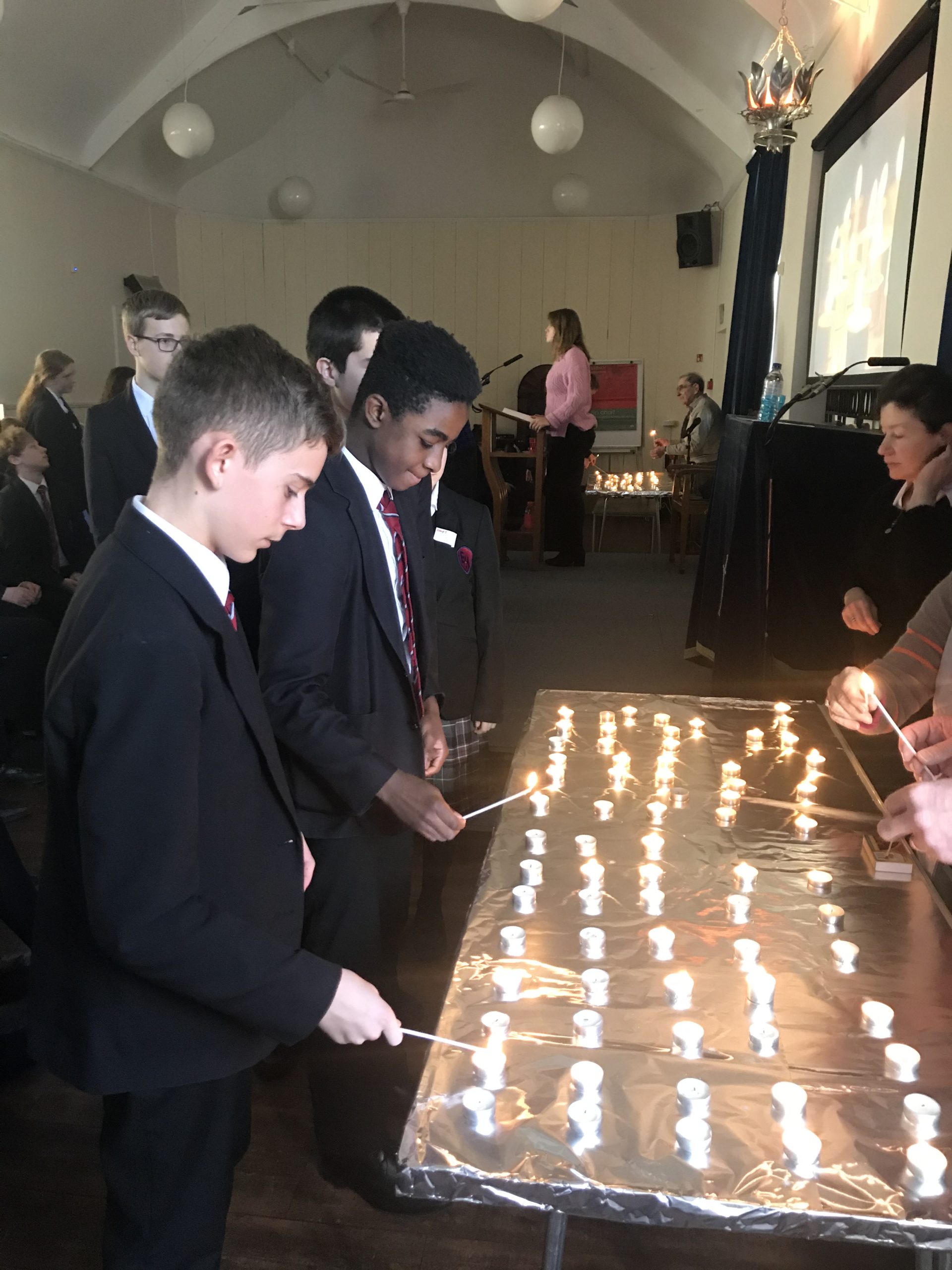 The vast majority of the pupils attending are non-Jewish and may be setting foot inside a Synagogue for the first time.

The success of these workshops has inspired nearby Richmond to set-up their own project.  This is the 2nd year that the Richmond Synagogue has also run school workshops, supported by the London Borough of Richmond.

“Listening to the speaker was really eye-opening”

Craig Wicking, Deputy Head Teacher at Southborough High School, Kingston  – the first to attend the workshops – said “Our students are tolerant to one another on an individual basis but it’s vital that our students understand what can happen in wider society when there is intolerance towards particular groups of people, particularly if they do not know these groups. It’s also really valuable for both our young people and the Jewish community to meet and share their stories.”

Max, a year 9 student from Southborough High said “I knew a little about the Holocaust before I came here this morning but listening to the speaker was really eye-opening and I learnt loads more”.

Read more about this project in the Surrey Comet. 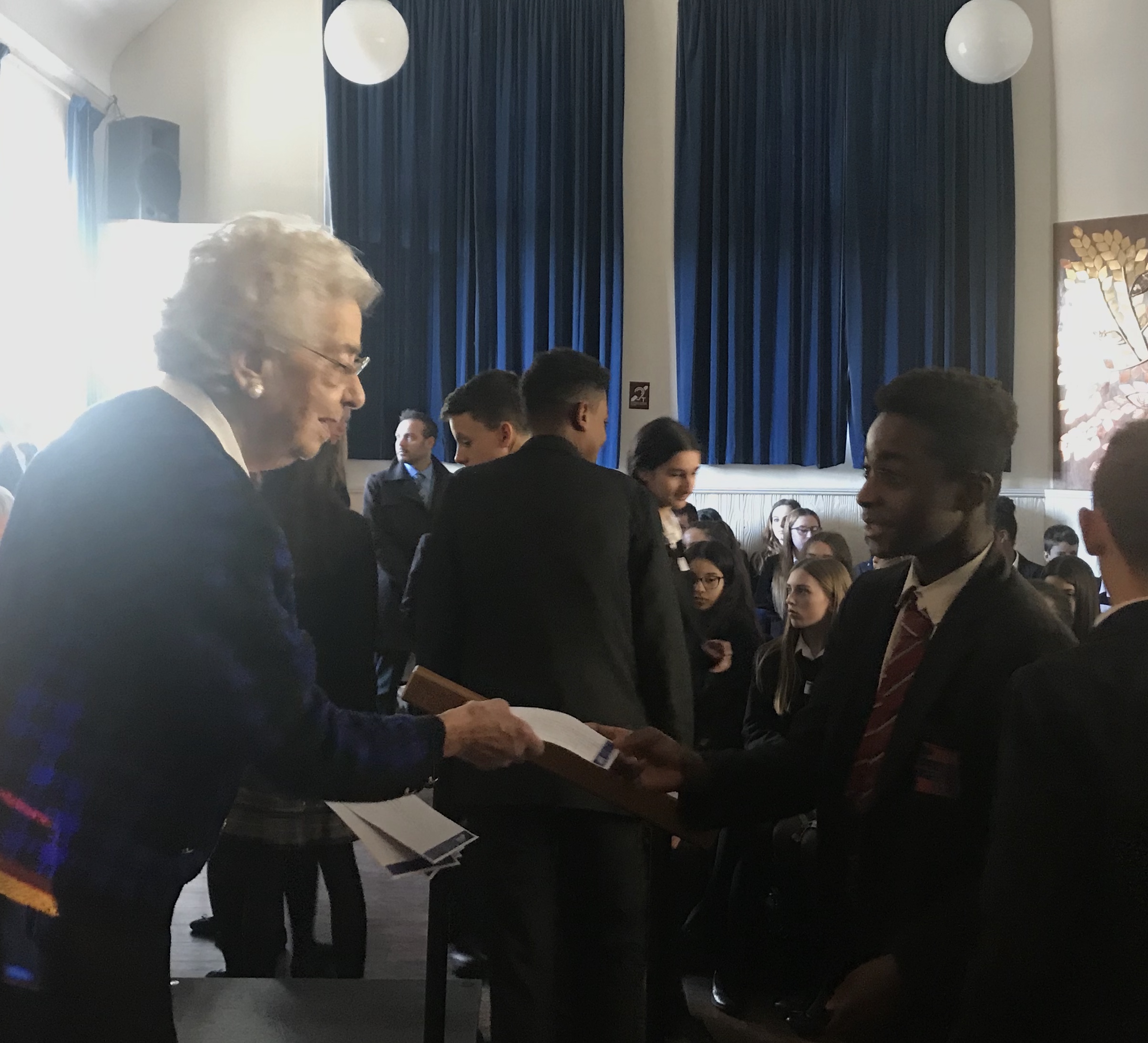