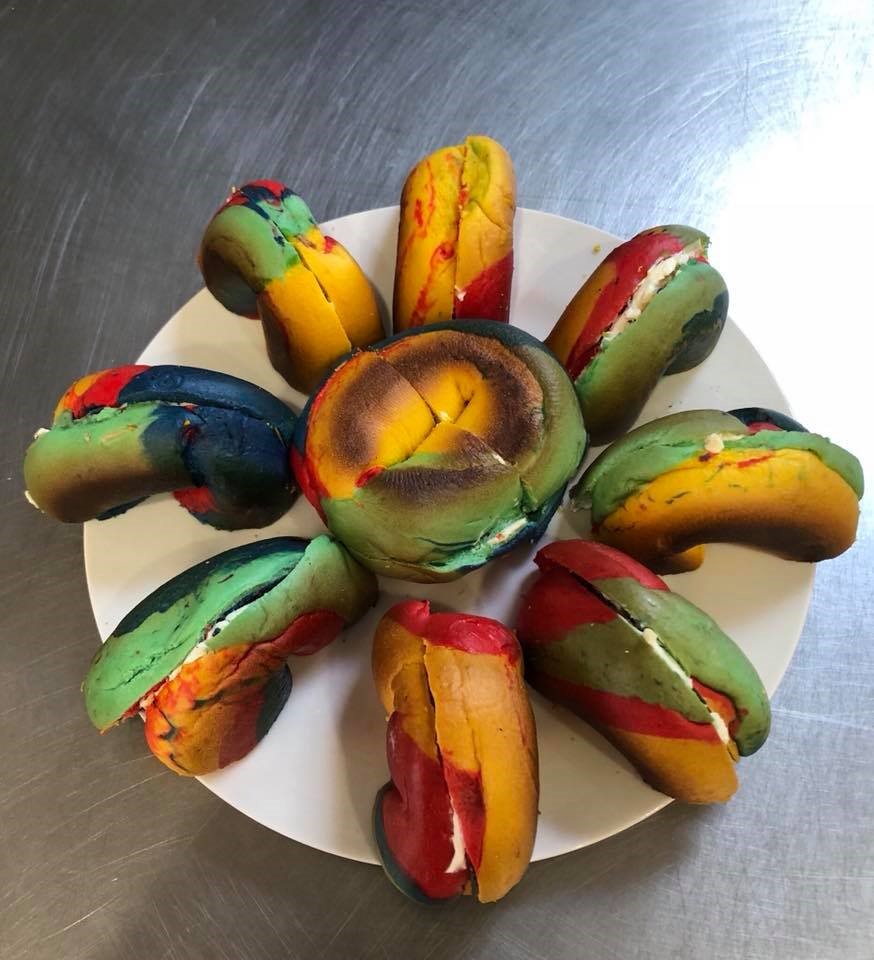 Last Friday, KLS’s monthly chavurah to welcome Shabbat, took the form of a special Pride Seder to coincide with the final weekend of the Pride Festival in London. More than 30 people attended a joyous celebration, with KLS members joined by visitors who had made the difficult trek from north of the river including campaigner Shaan Knan.

The service, led by Rabbis René Pfertzel and Janet Darley, celebrated the fact we live in an area that is accepting and open, but acknowledged that there is still much work to do to achieve this in other parts of the world. Songs included a version of Hinei Ma Tov specially adapted to celebrate the diversity of the LGBTQI+ community.  Attendees brought a variety of rainbow-coloured food dishes to share, the colours representing the flag of the LGBTQI+ community.  The event was included in a report on Pride weekend in the Jewish News.