Purim was celebrated in a traditionally riotous fashion at KLS on Sunday 8th March.

The afternoon began relatively sedately. We welcomed a small group of children who – for logistical reasons – cannot often get to us.  They were treated to a rendition of the Purim story and then made gift bags for the Beiteinu children who would be coming to the service.  Each bag contained a selection of chocolate as well as healthier snacks such as raisins and apricots. 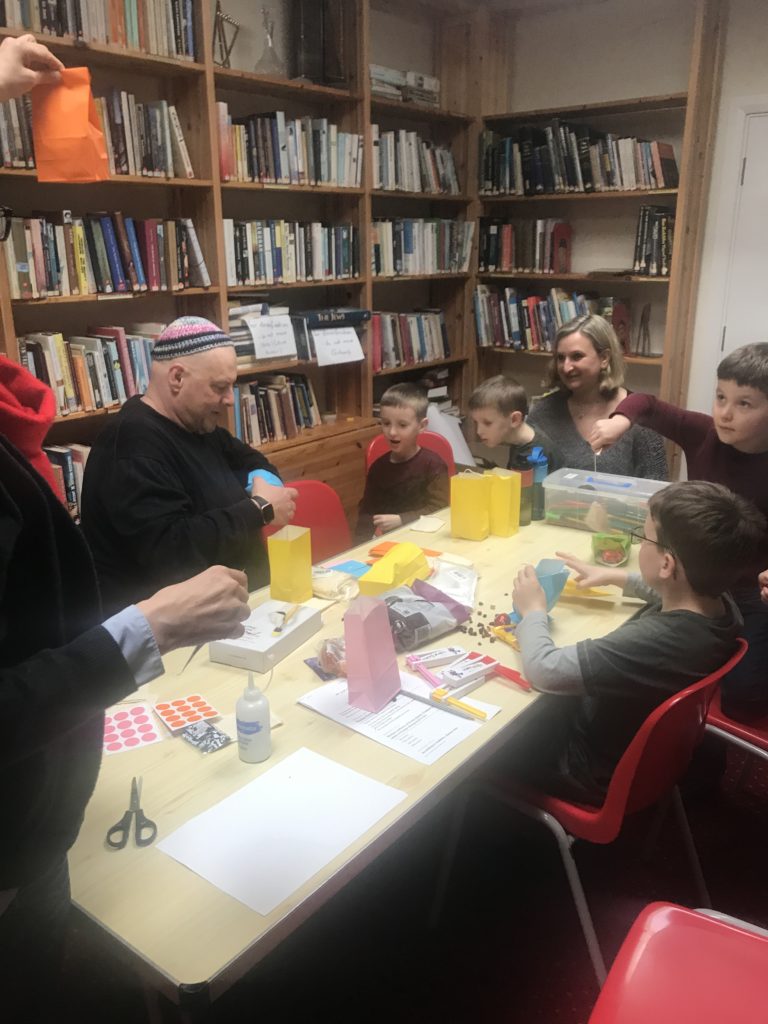 Fancy dress was the order of the day – for both children and adults.  A wide range of characters turned up to the service – including Harry Potter, an Oompa Loompa, King Mordechai and Queen Esther ……… 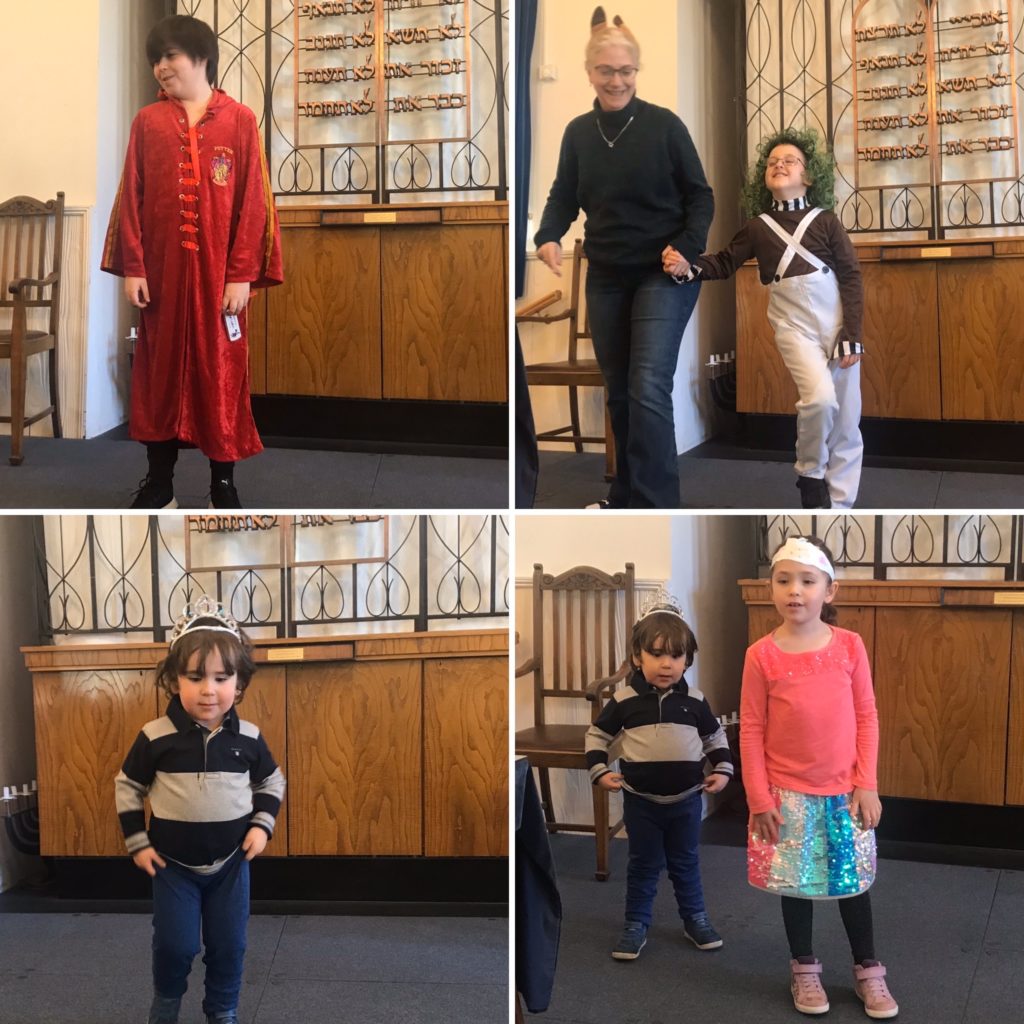 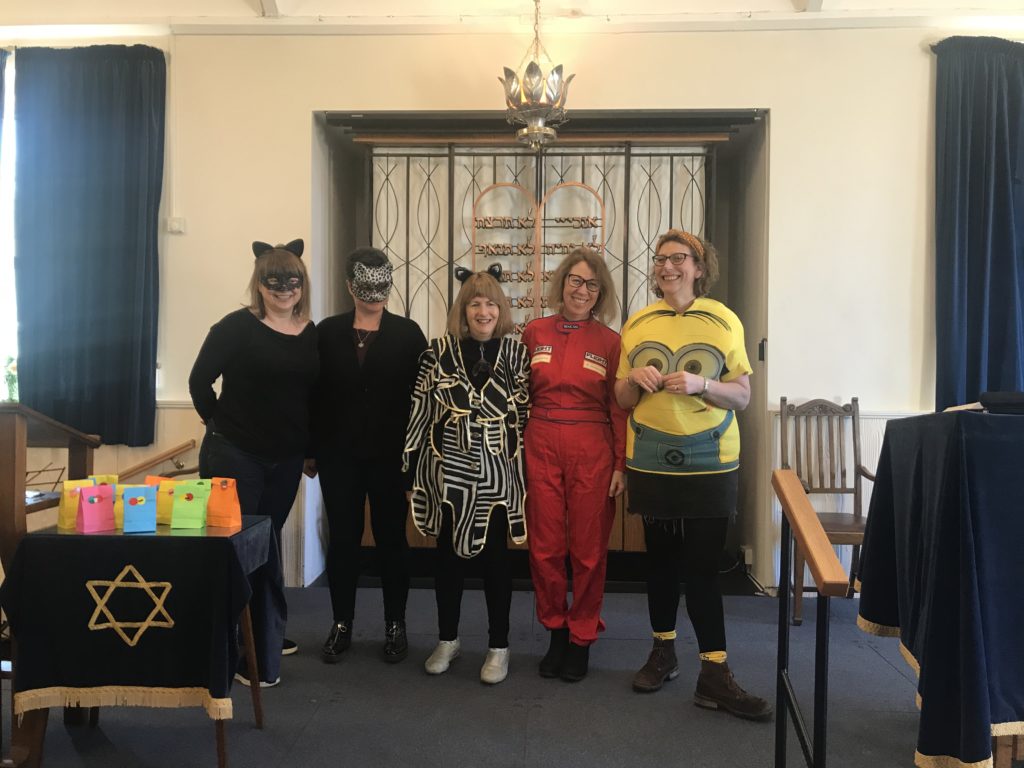 During the service Rabbi René Pfertzel read from a small section of the Megillah scroll (the Book of Esther) in Hebrew.  During the telling of the story in English, Rabbi René led the cheers and the boos each time the names of the characters of the story were mentioned. Graggers were shaken with abandon! 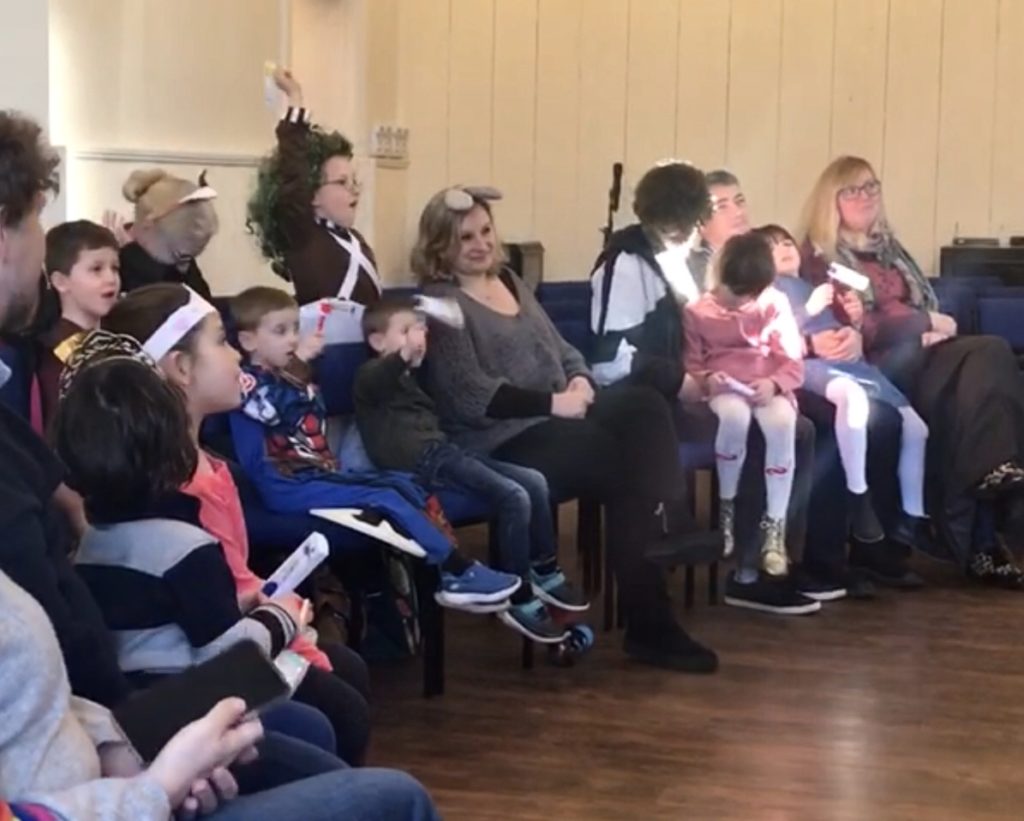 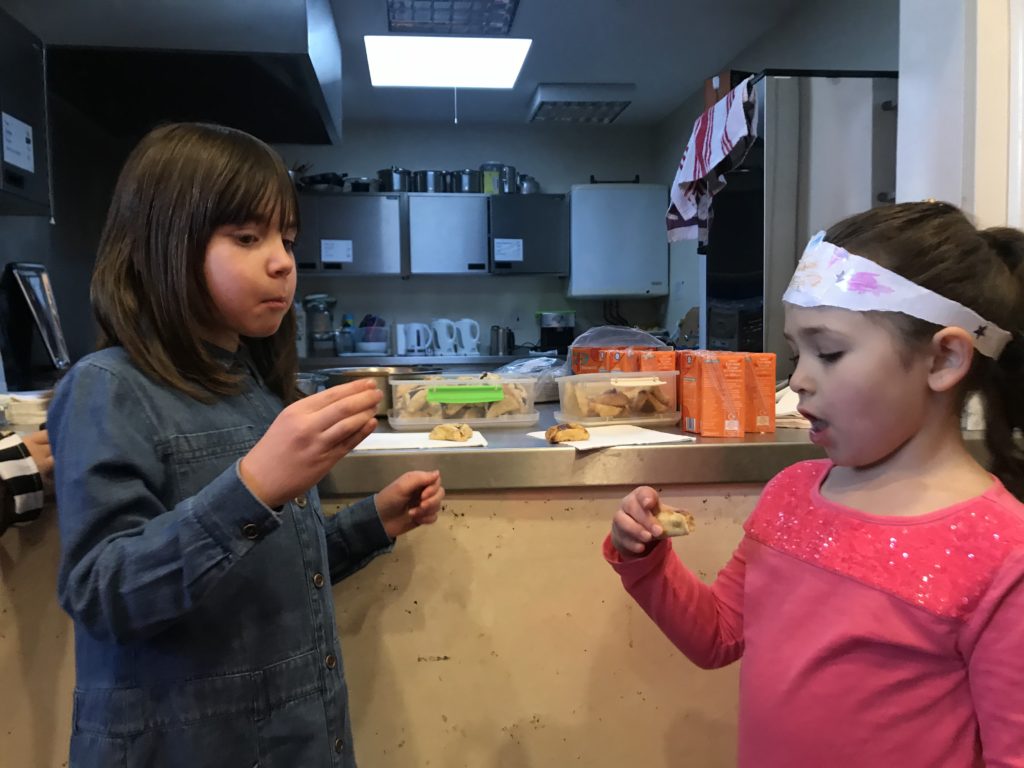 Speaking later in the day, Rabbi René Pfertzel said “It was a really fun afternoon. It’s great to see our young members (and older ones) embracing this holiday and having so much fun – but it was very loud!  I can still hear the sound of the shaking graggers in my ears….. time for an early night….”