On the morning of March 7th 2020 – the day before International Women’s Day – we were delighted to welcome members of the local Jewish / Muslim Women’s Network, Nisa Nashim, to attend our morning Shabbat service and talk to us about their group. 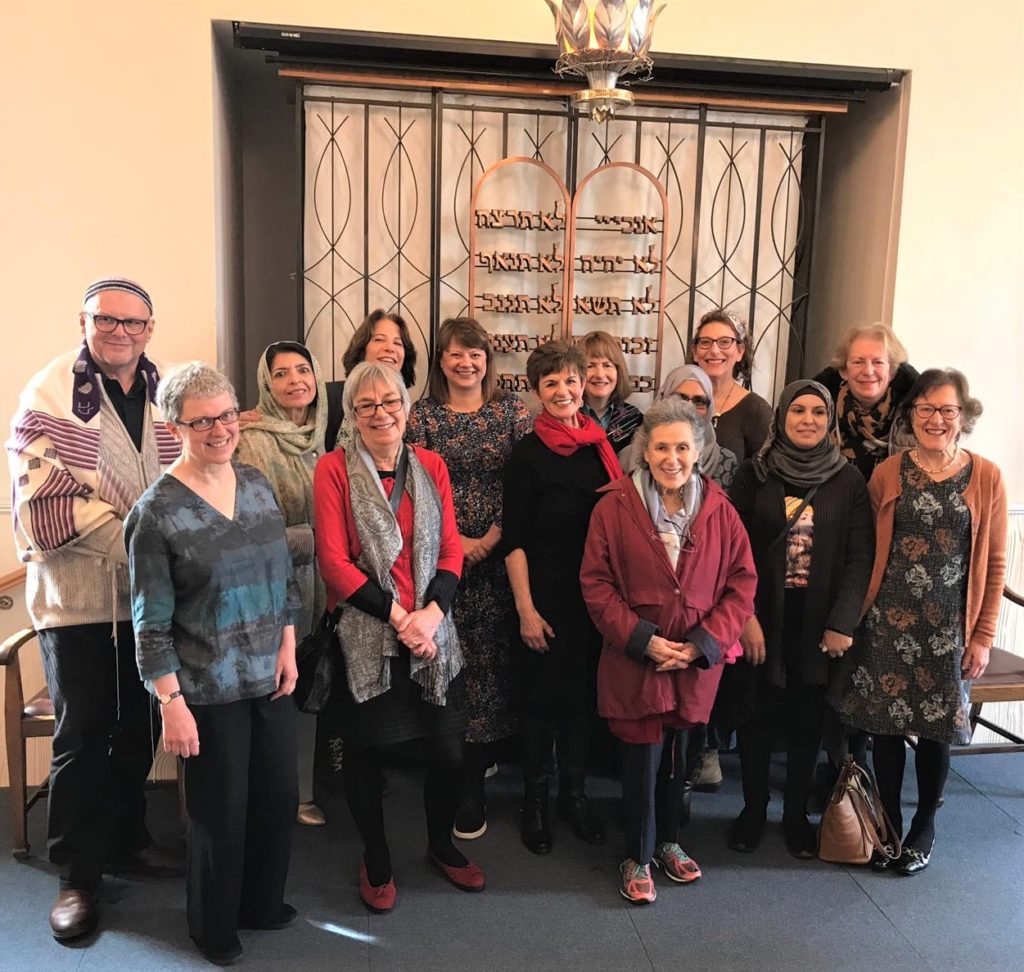 Bringing the Jewish and Muslim communities together

Nisa Nashim is a national organisation established in 2015 with the aim of bringing the Jewish and Muslim communities in Britain closer together by setting up groups of women who build personal friendships, grow as leaders and benefit wider society through various programmes and initiatives.

The South West London Group consists of about 20 women, including KLS members, who meet 3 or 4 times a year to undertake various social action projects and host social events.  Over the past 12 months the group has cooked together at a shelter for the homeless, visited local mosques and synagogues and held ‘pot-luck’ lunches. 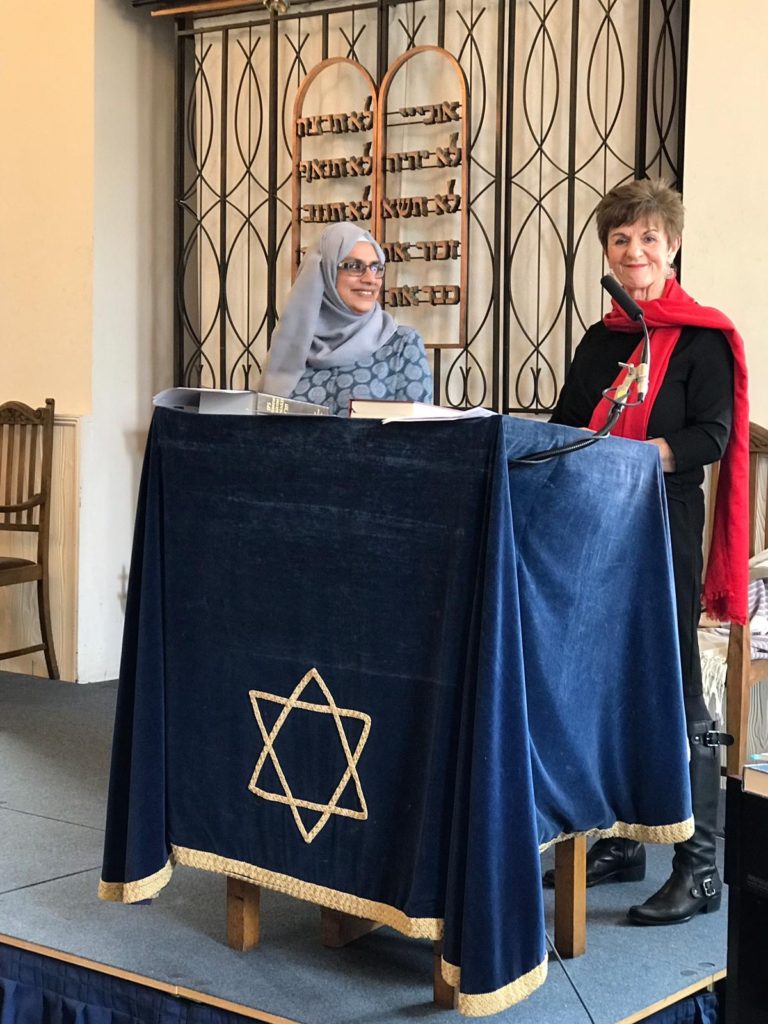 The co-chairs of the group, Adele Hetherington and Fareeda Bader, each spoke about their involvement in the group.  Adele spoke about how they had formed a proper friendship with each other, and had met each others’ families.  Fareeda spoke about how being involved in the group had led to her becoming friends with members of the Jewish community whom she otherwise would never have met.

Both women talked about how the group fosters celebration of differences and an increase of trust between the two communities – but they explained how they had been struck by the number of similarities between the two religions.  For example, the fact that there are no images of people in the places of worship, the similarities of the significant stories – the binding of Isaac / Ishmael, and – of course – the shared love of food!

“I’ve never attended a Synagogue service before” said Fareeda, “We’ve received such a warm welcome this morning. Listening to the service, I’ve also been struck by many ideas which are familiar to my faith.  It’s been a wonderful morning”.

Speaking after the service, Rabbi René Pfertzel said “What an amazing group of women! It’s been so inspiring to see the evident friendships between these women, who may not have otherwise met – and to see how these friendships really help build bridges between two communities who, ultimately, have so much in common”.