You are here: Home / News / Dancing with the scrolls – Simchat Torah

Our community came together on Sunday afternoon to mark the festival of Simchat Torah – Rejoicing the Torah: 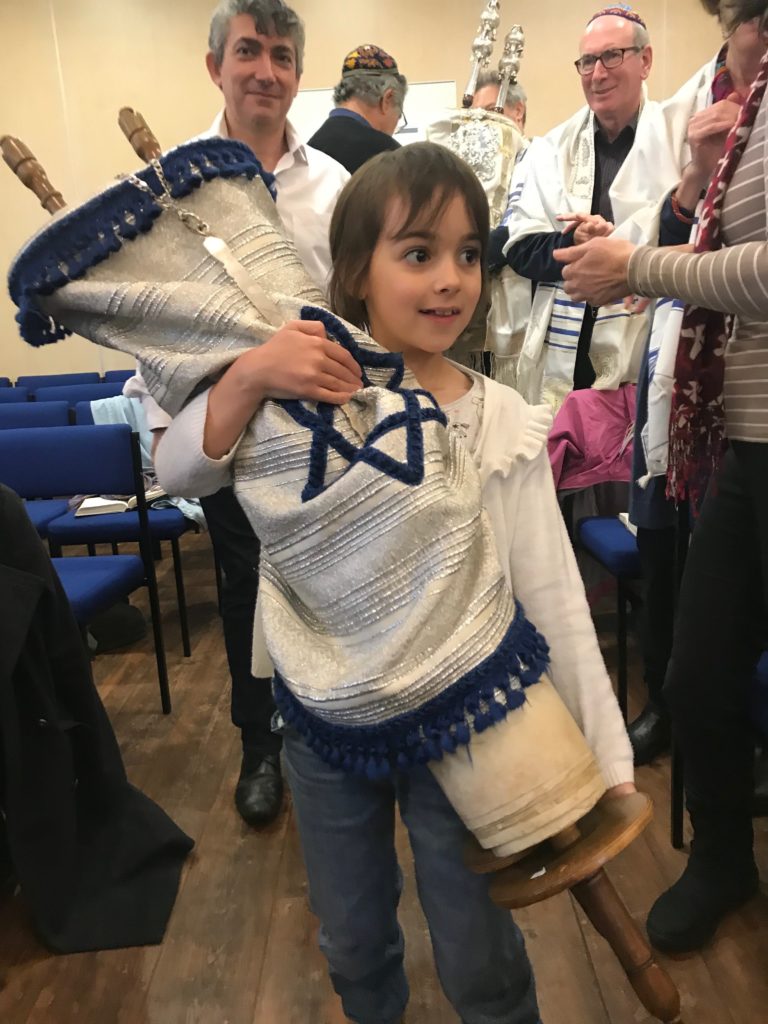 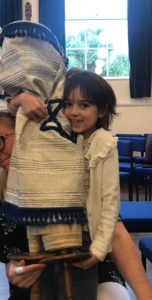 The festival marks the conclusion of the annual cycle of Torah readings, and the beginnings of the next cycle.  Both the final portion of the Torah, and the first portion, are read as part of the service.

A highlight of the service is the dancing with the scrolls – when all our scrolls are taken from the Ark and carried around the Synagogue by members of the congregation. Joyous music is played throughout.

Our Torah scrolls are particularly special. Among them are three “rescued” Czech Torah Scrolls. These scrolls were part of a collection of ritual objects intended for confiscation by the Nazis from the destroyed Jewish communities of Bohemia, Moravia and Slovakia. After the defeat of the Nazis the scrolls were stored in an old synagogue in Prague. Eventually their existence became known; the Memorial Scrolls Trust was formed to purchase them and bring them to Westminster Synagogue in 1964. We have scrolls from Blatna, Rychnov and Tabor, towns now within the Czech Republic. The scrolls are a precious heritage; by using them we honour the memory of their vanished communities. 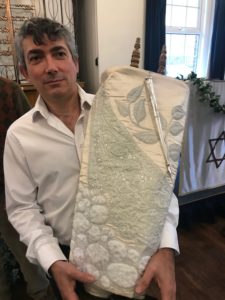 Russell Landy, ‘Chatan Bereshit’ with one of the Torah scrolls

Honouring members of our community

Two members of our congregation were chosen for special recognition this year for work they have done for the community.  Hilary Cohen was given the honour of the ‘Kallat Torah’ (Bride of the Torah) for helping to organise the High Holy Day services (read more about these here and here).  Russell Landy was given the honour of ‘Chatan Bereshit’ for taking on the Bnei Mitzvah class following the retirement of Robert Markless.

The service concluded in true KLS fashion – a lovely Kiddush with lots of cake!