You are here: Home / Archives for News

She will be responding to today’s report by the schools’ watchdog Ofsted, which criticised an ultra-Orthodox Jewish boys’ school, where pupils believe the role of women is to ‘clean the house and cook’ while men ‘go to work’.

The Ofsted report also found that younger pupils at the Yiddish-speaking Beis Aharon School, in Stamford Hill, had a poor grasp of English and that pictures of women in short sleeves, as well as the word ‘Christmas’, had been blanked out in books.

Charley said: “This is not about Judaism, this is about being stuck in the 19th century.

“The trouble with promoting attitudes like this is that they risk making religion irrelevant to how we live today and bringing Judaism into disrepute.

“The best Jewish schools are open, inclusive and modern. We must not forget to celebrate the role they can play in opening pupils’ eyes to the values, compassion and social action that could influence their lives.” 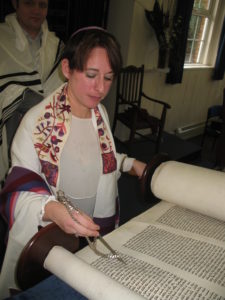 The Alliance for Progressive Judaism, a partnership of Reform and Liberal Judaism, has appointed Rabbi Charley Baginsky as its part-time coordinator whose remit is to develop projects that the two movements will work on jointly to advance Progressive Judaism, its principles and ethos in the UK.

Click here for the announcement from the Movement for Reform Judaism.

Click here for the article in the Jewish Chronicle.

It is with great sadness that we inform the community that Martin Bennett, our inspirational Holocaust speaker, passed away on 21 January at the age of 90, a few days before the beginning of the 2016 HMD Kingston Workshops.  Martin had told his story both at KLS and and Kingston Surbiton and District Synagogue (KS&DS) to hundreds of students of local schools for the last eight years and touched the hearts of all of us young and old. He was an exceptional human being and a hero to all who met and knew him.

A few years ago we filmed Martin and three of our speakers and we showed Martin’s film at the workshop last Tuesday at KS&DS as planned some months ago.  We were fortunate that Rabbi David Mason (formerly Rabbi of KS&DS and now Muswell Hill) came to introduce Martin’s film and talk about him to the girls of Coombe School. Rabbi Mason was instrumental in persuading Martin to talk about his experiences only about 12 years ago. Martin’s two daughters are former pupils of Coombe School. One of Martin’s daughters, accompanied by her husband, also attended the workshop and she spoke to the students about her dear father.  It was an extremely moving experience for us all but one which was a fitting tribute to a great man. Our deepest sympathies go to Priscilla, Martin’s wife who was his soulmate and tower of strength for over 60 years of marriage.

Click here to read the tribute to him written by Karen Pollack the Chief Executive of the Holocaust Education Trust.

Click here to read the obituary in the Surrey Comet. 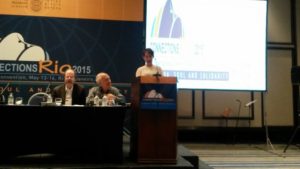 Rabbi Charley Baginsky has been speaking at the World Union for Progressive Judaism Connections Conference 2015 that is being held in Rio de Janeiro.

The subject was Klal Israel Chai: Jewish Peoplehood [Israel-Diaspora] relations have developed in many ways over the last decades. Is it time to review this model of engagement? Is there a new paradigm? Does this solidarity have a place in our future? Can we sustain it? Does our Israeli Progressive Movement have a key role in this developing narrative?

Join Shimon and Tomer after the service on Saturday for a lastminute.com Yom Ha-Atzmaut celebration!  There will be group singing, and please bring some Israeli food to share.

Rabbi Danny Rich will be interviewed about the Syrian refugee crisis on Radio 4’s “Today” programme on Wednesday 22 April.

Jewish News recognises KLS’s (and LJY- Netzer’s!) very own Gabriel Webber as number 7 in its list of 25 young movers and shakers under the age of 25 who are set to define Anglo-Jewry in the decades to come.   Click here to read why…

Rabbi Samuel Landau wrote to the Surrey Comet, calling for friendship, communication and hope from all the communities in Kingston.  The letter was written after the governors of a local secondary school went against the teachers’ advice and cancelled its visit to the Kingston, Surbiton and District United Synagogue to take part in the long-established Holocaust Memorial Day Workshop on the 70th anniversary of the liberation of Auschwitz.  Many thousand pupils from Kingston and Elmbridge schools have attended workshops at both KSDS and Kingston Liberal Synagogues for many years, teaching them about the Holocaust, and more recent genocides, and spreading the message of tolerance and not looking the other way.  Every year, many primary schools visit both synagogues as part of their Religious Studies, learning about the Jewish faith and traditions.  A local primary school has also cancelled its visit to the KSDS.  Rabbi Baginsky was interviewed by the paper, explaining that there is no reason to be fearful of being in a Jewish place of worship.

The letter and interview with Rabbis Landau and Baginsky are reproduced here.  The article, letter and comments from Surrey Comet readers can be read by clicking here

We have two wonderful Shabbat services this weekend. On Friday night we have the monthly Shabbat Island Discs with Rebekka and the choir. This month see Mark and Jenny Woolfe explore their journey to KLS through their choices of music.

On Shabbat morning, Rebekka and Rabbi Charley will lead a new style Shabbat morning service. Rearranging the sanctury for a more intimate feel they will explore this week’s parasha Bo. Focusing on what we can learn from the cantillation about the dramatic verses dealing with the death of the firstborn…. Not to mention fabulous music everyone can join in with led by Rebekka.

Come and join us….

If you are not a member and would like to join us for this event, please contact the Synagogue Office beforehand.